Getting into law school is competitive, and the LSAT is by far your most important predictor of success. This guide of LSAT tips is meant to give you a competitive advantage come test day.  The biggest factor in your LSAT success is being well prepared. In order to make it easy for you to find the best LSAT prep courses, so you can be your best, we do the time-consuming work of reviewing all the latest LSAT prep courses. When it comes time for you to select an LSAT prep course, check out the Best LSAT Prep Courses.

Quick Stats on the LSAT

The LSAT is a four-hour test divided into six sections of multiple choice questions and writing:

The score ranges from 120-180, with the average score coming in at 150. The scores are divided into percentiles, and the law school that you can get into is correlated with what percentile you’re in. According to LSAC, only about 0.1 percent of test takers receive a perfect score of 180 on the LSAT.

According to our research, the average student spends $1,200 in preparation for the exam with books starting as low as $40, and private tutoring costing approximately $200/hour – so there is an option for everyone’s budget and skill level. The LSAT used to be offered only four times a year, but now it is offered nine times annually.

1. Pick The Order You Answer Your Questions Knowing That They Get Harder As You Move On

Why is this important?

As mentioned above, this test is a crucial part of your law school application process. Starting with easier questions first will build confidence as you move on to harder questions. Every question is worth the same amount of points, so it is in your best interest to answer the easier questions first and save the harder ones for the end. It is also in your best interest to go slowly, rather than to try and speed through each section in an attempt to answer each question correctly. But never leave a bubble blank. In a perfect world you’d want to give each answer the same amount of attention, but in this test you simply won’t have the time.

A respectable LSAT score of 168 (the 75th percentile) only requires that you answer 65 percent of the questions correctly. There are “trap” questions that bait test-takers into choosing the wrong answer, so keep this in mind and know that it’s okay to guess on some of the harder questions. Generally, the questions get harder at the end and are easier at the beginning of each section.

2. Get Set Up With The Right Practice Resources

Unless you’re a genius, you’re going to need to budget a lot of time in advance to prepare for the LSAT. It’s a skills-based test, meaning there is no prior knowledge required, which makes it impossible to cram for, so we recommend 3-6 months of test preparation for the LSAT.

We recommend independent study for the LSAT. It’s in your best interest to allocate your time to the sections of the LSAT where you need the most improvement; something that is difficult to do in groups or with a friend.

There are endless options available when it comes to studying for an LSAT. Books, courses, practice tests, and tutors will all be at your disposal. You can find the latest research on the best LSAT review materials on our website.

Doing this will help you see what sections you need to improve on, as well as how much you need to improve to get the score that  you’re aiming for. From there you can better gauge what kind of test prep you need and what resources you’re most comfortable with.

The Logical Reasoning section is worth the most points on your test (50 percent). This is why it is important to understand this section of the test thoroughly. Logic is the backbone of being successful in law school and being a successful attorney.

“Repetition is the father of learning.” So putting the actual material aside, the more you practice, the more comfortable you will be with actually sitting down, going section by section, and completing the four-hour test; something that you weren’t used to doing as an undergrad.

This is something that most people overlook when taking the LSAT. There’s no rule that says you can’t take notes, so why not do it? Every word on the LSAT is crucial, and skipping over or missing one while reading a question might cost you the right answer. Since the LSAT moved to a digital format, you no longer have the option of circling keywords like “however, nonetheless, or in sum.” It is important to note whenever an argument changes or evidence is presented in favor of an argument.

If you think this might slow you down, or you don’t have enough time to do it, remember that you are answering by precision focusing on answerable questions. You can start by taking notes from your LSAT book and taking practice exams. By doing this repeatedly you will begin to speed up and, hopefully, see your scores improve.

In a world of slides, and accessing past lectures online, note-taking has become a relic. But it can help you immensely on a test that is meant to trip you up with tricky wording.

5. Be Prepared For Digital

In September 2019, the LSAT moved to a digital format. Now the test is taken on a tablet, which is how you should try and complete your practice tests. You should also be practicing reading dense texts on a screen.

6. Work Up To Timed Tests

The contents of the LSAT can seem overwhelming at the beginning which is why it is a good idea to start by taking untimed practice tests. Doing this will ensure that you are grasping the material as opposed to finishing the test on time. Once you start to get scores that you are comfortable with, you can start taking your practice tests with a timer. Practice tests are just part of the learning associated with taking the LSAT. Knowing why a question has the answer it does and going through the exercises in your prep material is just as important. Especially at the beginning. That’s why it’s a good idea to start by taking your practice tests untimed.

Think of a montage in a karate movie. They start slow, and slowly progress into speed. Preparing for the LSAT is no different.

This is not to say that the time you take to answer a question is unimportant, because it is. It’s very important. When you move into timed tests you will be working with the precision that was talked about at the beginning of this article, skipping over questions you don’t get and coming back to them after you’ve answered all the questions that you do get.

It is also worth noting that some questions are designed to take longer than others. The test is written to have a balance of lengthy questions and others that can be answered quickly.

When you work up to timed tests, you should do it in the same format as the actual LSAT, with the first three 35-minute sections back to back, and then a 10-minute break before the fourth section.

After you complete a practice test, don’t simply record your score and move on. Go back and look at the questions you missed so you can get those similar questions right on the next try. This will take some time and most students who are preparing for the LSAT don’t spend enough time doing so. It is as if they think it’s a waste of time. So just go in knowing that it is a regular part of your test prep and you will be fine.

8. Use Undergrad Classes To Prepare

While the LSAT doesn’t test content learned in high school or college, experts have noted that taking classes in logic, philosophy, or critical writing can help you prepare for the LSAT. The reading comprehension portion of the test is designed to be a topic that you’re unfamiliar with.

Unfortunately, this is a mistake that many students make because they know that the writing sample isn’t scored. So what happens is that they get through the multiple choice sections of the test and then are gassed at the end for the writing sample.

Even though the writing sample isn’t scored, the law schools that you apply to can and probably will review it. Don’t let this happen to you; prepare for the writing sample by first making an outline and making sure it’s clear and succinct. Try and leave time at the end to review what you’ve written and don’t write on a topic other than the one specified.

Many successful students write just two paragraphs – one supporting their argument and one criticizing the other choice.

Without getting too much into the process of the actual studying (we’ll leave that to the test prep companies), we think it’s important to go over, at least in brief, the most important part of the LSAT. As mentioned earlier, the Logical Reasoning Section comprises 50 percent of your score. This also seems to be the most daunting part of the study process for test takers, as they haven’t experienced anything like it in prior tests that they have taken in high school or college. The good news is that this is also the area where you will see the most improvement from your baseline test (the initial practice test you took without studying).

11. Up Your Reading Speed

In the Reading Comprehension portion of the test, you’re going to have to read a large amount of data in a short amount of time. This, by the way, is also what it’s like to be in law school. You can practice by reading long-form text that doesn’t interest you on a newspaper website or blogs.

The beginning can seem overwhelming, we’ve established that. There is no test like the LSAT, in that it doesn’t test any prior knowledge that you have already learned the way other placement tests do. This leads some people to believe that they don’t need to study as much. And to be honest, some people can get great scores on the LSAT without studying – but not many.

With that said, you need to take baby steps and slowly become more comfortable with your practice tests, so come test day you’re not nervous, you are prepared, and you can execute the test as if it were just another practice test. If you’re truly prepared, you should probably be able to estimate what your score will be prior to taking the test.

As we’ve established, there are a number of different options available to you when choosing the path to take in preparation for the LSAT. Testing.org is littered with resources to help navigate your way through this process, from books to tutors and everything in between. If you are reading this article, odds are that you are probably at the onset of studying for the LSAT, and we hope it will serve as a proper starting point of a successful legal career.

Michael Valverde is Editor-in-Chief for Testing.org. He has written hundreds of articles and blog posts for many different websites, including Forbes, Entrepreneur, and G2. He is considered an influential voice in online test prep and has collaborated with some of the top companies in accounting and finance education. 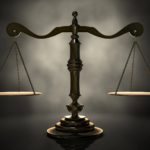 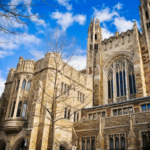 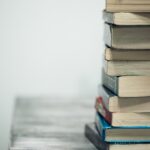